When you’re in the pipeline erosion control business, it’s important to take queues from other industries. That’s why Submar has been paying attention to multiple industries that face erosion control issues, including farming. Over the past few years, North Dakota farmers have been decimated by “snirt,” otherwise known as the dirty snow that lines ditches and trenches. Farmers and agriculture experts in the area knew that snirt was evidence of a soybean field. Unfortunately, the snow had been washing away delicate topsoil, exposing soils that were rich in clay. Recent advances were made to help mitigate the snirt problem.

Tillage a Problem in North Dakota

Because there is not a thick layer of topsoil, tillage is a tremendous problem for North Dakota soybean farmers. Manitoba Pulse and Soybean Growers Association production specialist Cassandra Tkachuk told Country Guide that dry years are particularly concerning and that consecutive dry years can be catastrophic. A dry atmosphere means that to prevent erosion, soybean farmer must cut back on how much they till.

Tkachuk said, “You want to conserve the moisture that’s already there because there’s no guarantee we’ll get a lot of snow this winter or rain next year. Less tillage is not an easy answer, but it’s an answer I would like the farmers to consider.”

One of the most promising ways that farmers have avoided snirt though is through the use of interseeding. Researchers have found that while interseeding covers crops, soybeans stay in place, therefore leading to less erosion. Ultimately, it appears as though this is going to create more work but one day could end up being worth it for farmers.

Researchers continue to work with methods to prevent erosion. They have recently begun experimenting with articulate concrete methods that maintain moisture, keep topsoil in place, and allow soy crops or cover crops a space to grow. 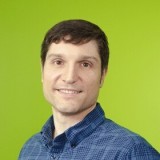